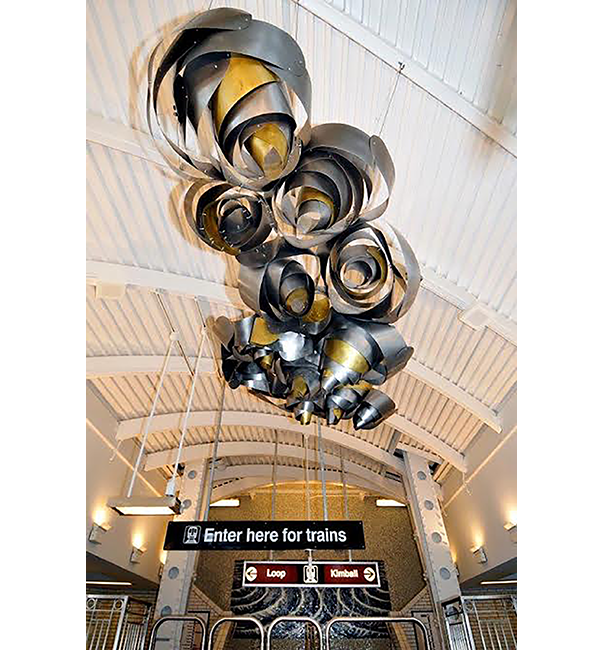 The CTA website describes..
Transitions comprises a suspended sculpture and a mosaic, which form an artistic dialogue.
“Transitions is intended to mirror the fluid, ephemeral, high-energy cellular neighborhoods of the city and the connections and intersections between them, which public transportation facilitates…[it] references not only passage to different physical places, but also to other states of being and points in time.”
—Barbara Cooper 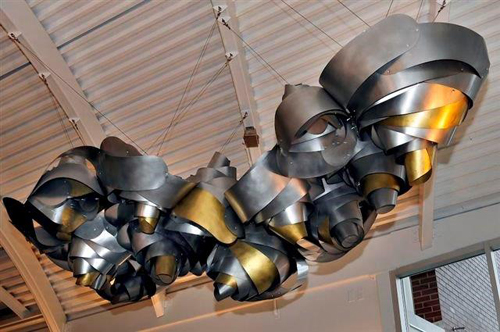 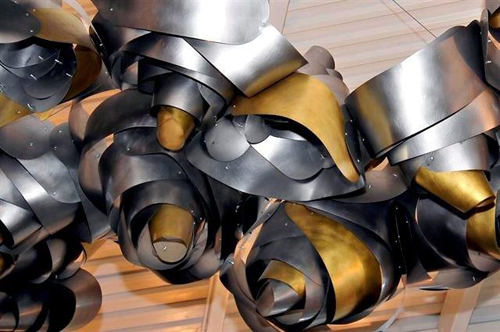