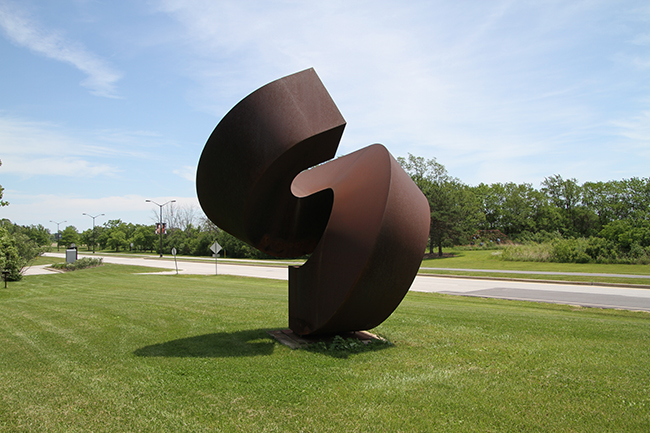 [It was originally fabricated at the Lippincott Foundry of North Haven, Connecticut]. 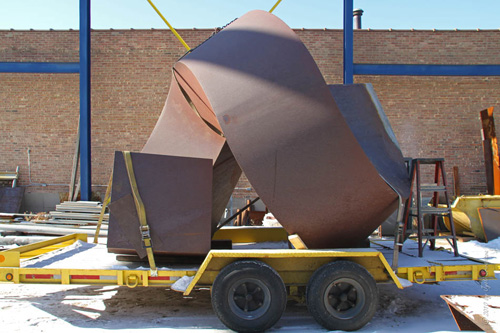 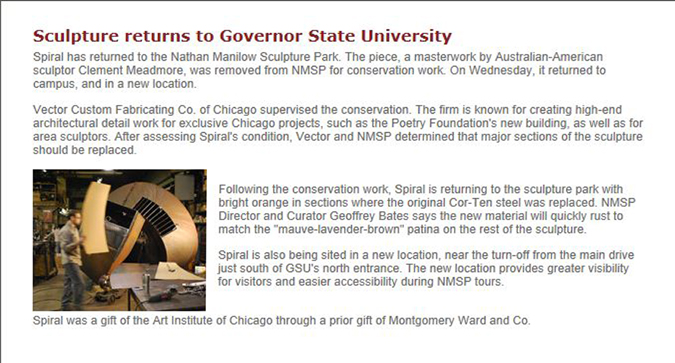 The restoration of Clement Meadmore’s sculpture “Spiral” was especially gratifying for several reasons. The artists that work at Vector and performed the restoration admire and respect the sculpture of Clement Meadmore. And Lippincott Inc., the company that originally fabricated the sculpture in 1971, was a model for the founders of Vector Custom Fabricating, Inc.. It was also interesting to work with a Corten fabrication and discover how it had weathered over 40 years outdoors. 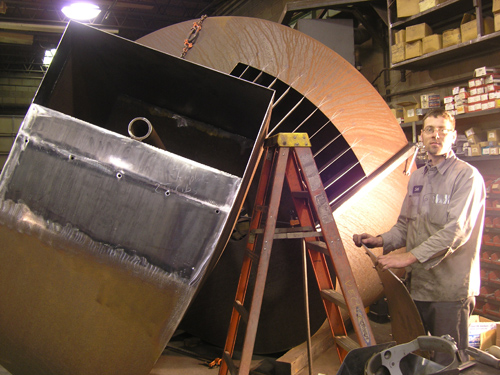 Seth Goddard with Spiral [at Vector]. 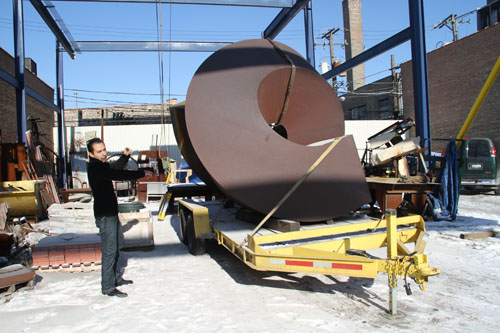 Adrian Calderon with Spiral [at Vector]